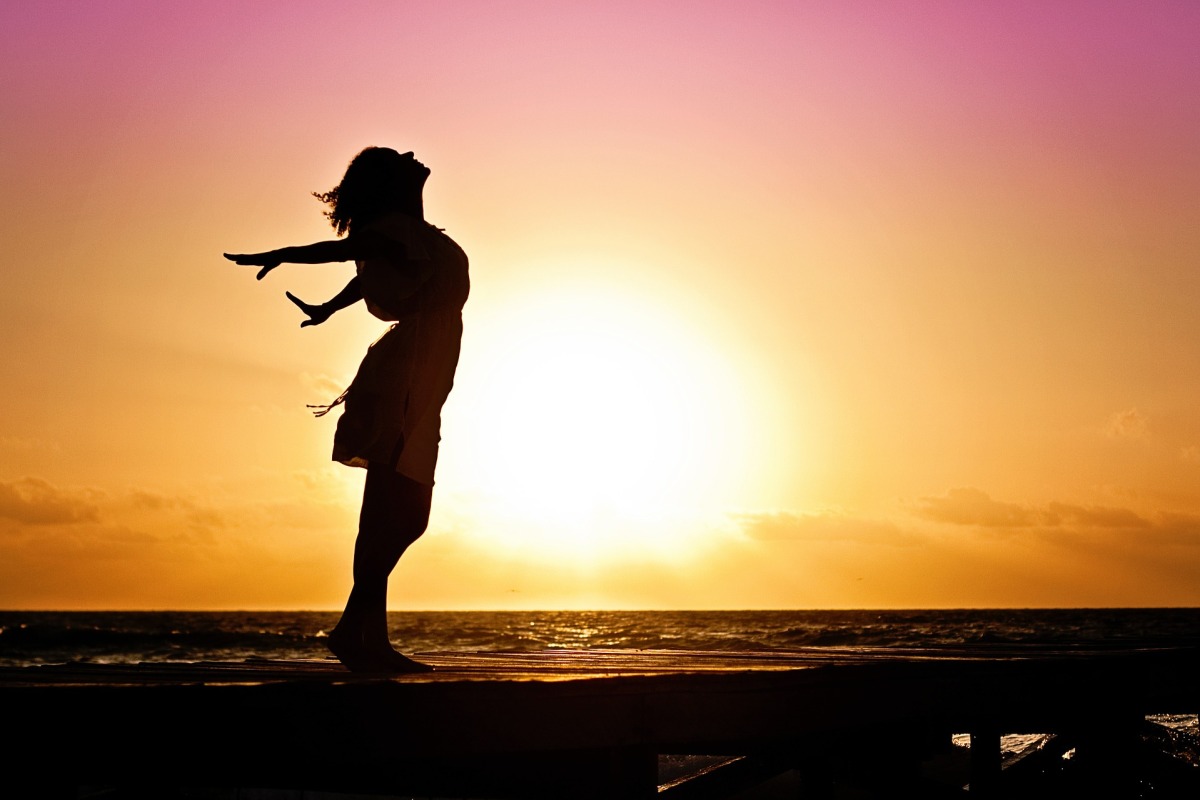 Over the weekend, I met with family and friends in celebration of the holidays of Easter and Passover.  Many curious and interesting conversations occurred, along with an occasional “we’ll agree to disagree” discussion, as family tends to engage at times.

At the Kohler house, our family frequently likes to put our competitiveness to test on the dining room table with a game of Mexican train dominoes.  Why it is called that, I’ll never know, but the difference is that you create the chain of dominoes from a hub instead of one domino and that several chains can be played.  Nonetheless, it becomes seemingly more competitive than regular dominoes- which is par for our family. 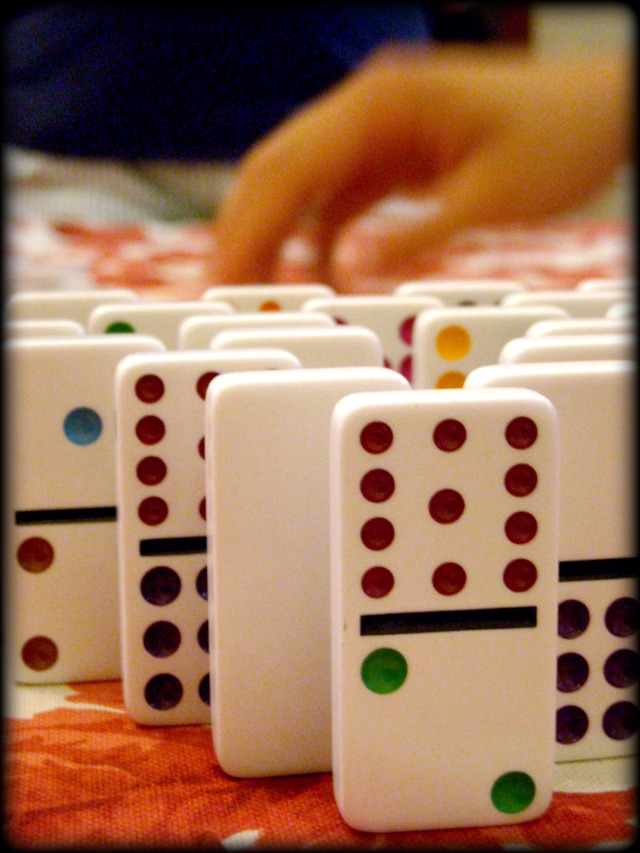 Even six year old little Vivi is playing this game, now.  She is gradually establishing where her role lies in the world of teens and adults in our family, as she is the youngest grandchild and the rest are at least 6 years older than her.    She has learned some difficult lessons about winning and losing in childhood games and now has come to face the “big guns” in a wild game of Mexican train dominoes.  She knows the stakes are high, because winning could fuel her position as the youngest, but most daring and powerful in this family of die-hard competitors.

Grandma played the game, too. And, as grandmas do she helped Vivi at first.  Until….Grandma found out how “up-on-the-game” Vivi had become.  She was now competing on the same level as the adults!   Vivi’s biggest competitor?  Her eleven year-old cousin Zach.  He was ferociously driven to win.  Vivi knew this, so she would focus mindfully on his every calculated move.

At times throughout the game there was a waxing and waning of who might be the next winner.   Grandma would have less dominoes, then Vivi had two left, but Zach had one.  This went on for about 10 minutes.  Everyone on the table thought Zach would win, but his mother…at the last minute, snatched up the last move and won – even when Aunt Kat tried to help Vivi with the last move she had left.

Vivi hung her head in defeat.  This was a big game for her.  Everyone re-assured her that there is more than one loss in the game.  She eventually came around and broke a little smile.  Zach then proudly announced, “I never lose, I just haven’t won yet!”   The silence was golden as everyone was pondering his proclamation.  We broke into laughter and I looked over at Zach and said, “Zach, that is a very healthy way to look at it.  I may use that in my blog this week, and help my clients see a new positive way of losing when the chips are down.”   He merely smiled sheepishly, as he realized he said something very profound.

From the mouths of babes, as the old phrase goes, we find such rich unleashed thought if we merely listen and allow our internal self-doubt chatter to relax.  From the time we are infants we begin to build belief patterns, such as “I’ll never measure up, I’ll never be enough, or I’ll never win.”   These are created from experiences, whether good, tragic, or indifferent, when we formed our opinions and beliefs about occurrences.  Our feelings are real, but may or may not define what truly happened.  Did we not measure up because we felt that someone else should have met our expectations, only to allow ourselves to be let down?

Can you relate to this story?  I can.  I recall many times in my past when I felt defeated, put upon by others, feeling the rug pulled out from under me and side-swiped by others remarks or just felt like a loser.  And…this feeling is not limited to six-year olds!

Zach’s response in end of the game made me think of how many of times I hear the negative side of someone feeling down or like they lost at life.  My understanding of Zach’s perspective was that he was choosing not to lose, but to learn that he can take away information from the game towards his next win.

Zach was not always a good sport about losing, but has learned quickly through a method of positive reinforcement (most likely from his parents), that he can change how he responds to challenging situations.  It becomes empowering.

Most kids start out with an idea of what winning means.  This has been influenced by outside factors such as peers, teachers, siblings, parenting, family cultures, and media. Over time, as they grow and add more to their memory bank of experiences, the mind begins to form opinions and beliefs based on those occurrences and surrounding  influences. 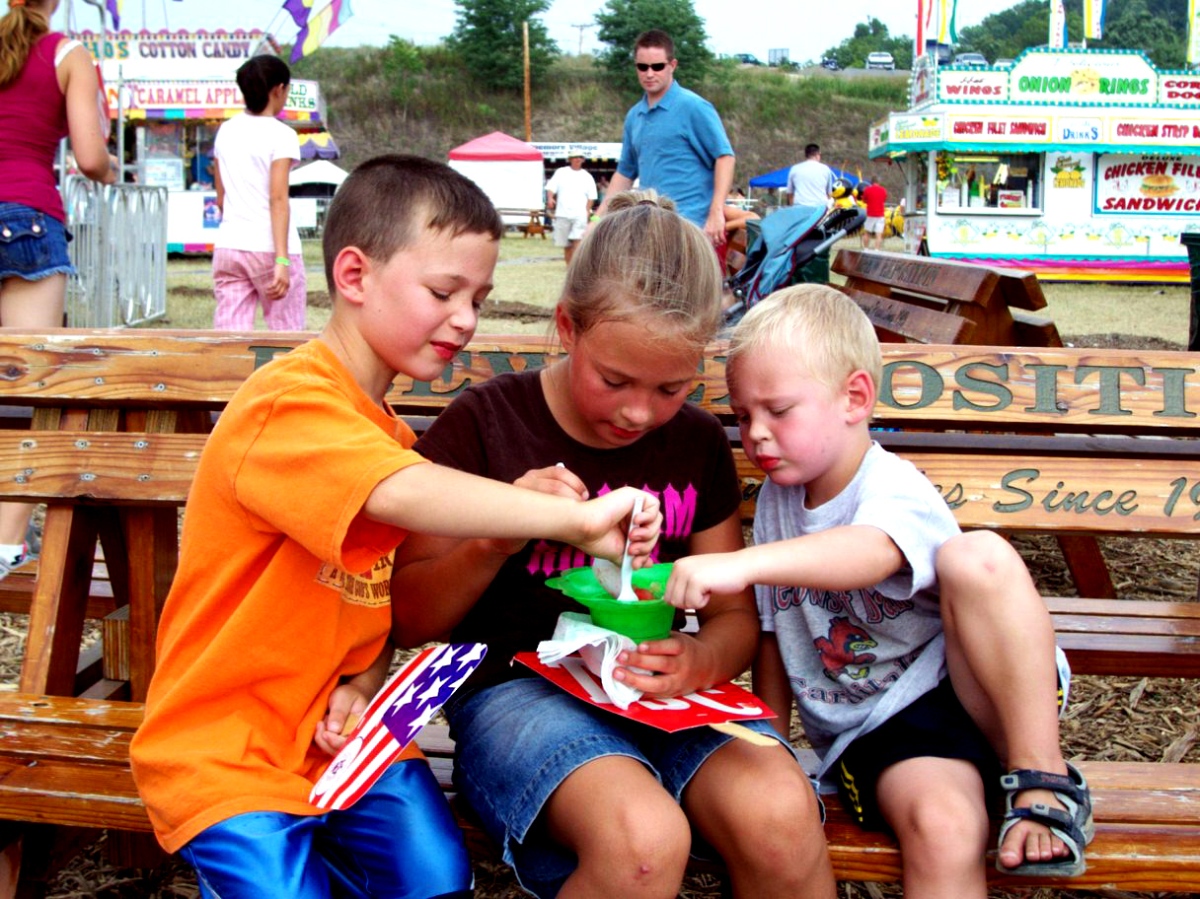 When a continuous flow of positive reinforcement in the family exists, healthier responses take place and there is a different flow in the household.  One of my parent clients have described this flow as an indescribable calm at the dinner table.  She has been a client for nearly a year, and has seen a difference in her family dynamics when she was able to change her own thought process to better parenting.

My client has made comments like, “my life is a lot less stressful,” and “I now feel at peace with myself and have a new sense of confidence [as a parent].” 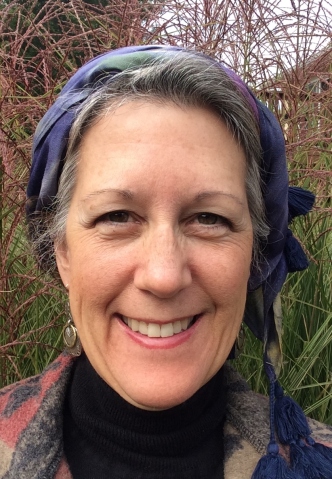 Kat is a Professional Core Alignment Mentor who specializes in the art and science of NeuroLinguistic Programming and Emotional Wisdom Training.

She has helped many people realize their own potential, improve parenting, build confidence,  respond more wisely to stress, and more.

Kat’s practice spans the globe for English-speaking people.  Her passion is helping people find the light of wisdom within themselves to live a life of joy.